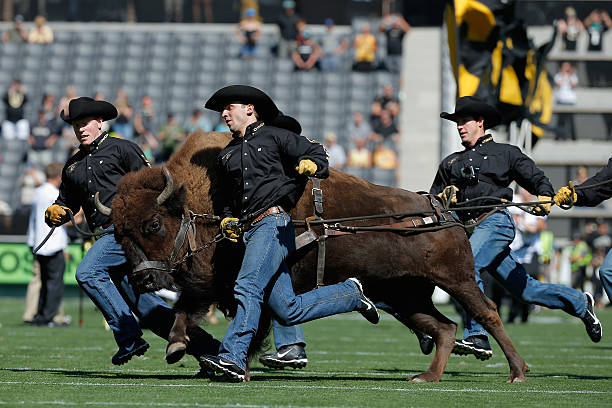 Week six of PAC12 college football saw four teams in the PAC12 on bye week. This week consists of only four PAC12 matchups. Utah upset SC at a time when Kedon Slovis looked to turn their season around in Boulder. Cameron Rising was stellar against SC, throwing 22 of 28 for 306 yards and three touchdowns, while also rushing for one touchdown. Oregon State visited Washington State after four straight wins, but the stage was too much for the away team.  The surprising Beavers still have a winning record at 4-2, while an inconsistent Washington State team now sits at 3-3. After defeating the #3 ranked Oregon Ducks, Stanford loss in a classic letdown spot on the road to a dominant Arizona State. The Sun Devils week-in and week-out are showing they are one of the best teams in the conference heading into week seven with a 5-1 record. The fourth and final game of the week saw UCLA dominate Arizona.

Oregon State has a bye week after coming off of an upset loss to an inconsistent Washington State team. The Beavers will use this time to prepare for a Utah team on the upswing.  The Beavers could be bowling this year if they can upset the Utes, but it is a lot to ask.

SC is coming off of a shocking loss to Utah. The Trojans opened the season as the team to beat in the PAC12, as well having a top-10 Heisman Trophy favorite in Quarterback Kedon Slovis.  If true freshman Jaxson Dart is healthy, we could very likely see him take over the reigns as QB1 for the Trojans.  SC has Notre Dame after the bye week, so this is an ideal time to work Dart into the playbook.

EUGENE:  The Ducks are coming off of a bye week after an upset loss handed to them by Stanford. Cal is also coming off of a bye after losing in a beat down against Washington State. Oregon needs to win-out to keep their college football playoff hopes alive. These bye weeks have given both programs an extra week to prepare for each other, and it will show tomorrow night. A win for Oregon would give the Ducks their confidence and momentum back.

SEATTLE: Washington has had a disappointing season in ’21 team. The Huskies came into the season with high expectations as well as a top 20 rank in the AP poll. Washington, 2-3 coming off of a bye week, This should give them plenty of time to prepare for the Bruins. UCLA is coming off of an easy win against a winless Arizona team,  after a tough loss to Arizona State. Dorian Thompson-Robinson has been a star this season. Saturday will be another test for the QB against a solid Washington defense.

SALT LAKE CITY: Arizona State has been a team that has exceeded expectations of the public. The Sun Devils expected to be at their success level at this point in the season. Arizona State is coming off of two solid wins against UCLA and  Stanford. Arizona State has only one loss on the season, which was handed to them by BYU. Utah has had an interesting season so far to say the least. QB Charlie Brewer quit the program, but Utah is on a two-game winning streak to start conference play headed into Saturday’s game against the Sun Devils. Saturday’s game sets up to be one of the better PAC12 match ups this season.

PULLMAN: Two of the more inconsistent teams in the Pac12 face off this Saturday at Washington State. Stanford is coming off of an emotional two weeks.  They defeated Oregon in amazing fashion in their overtime win, and then got plummeted by a different top team in the Pac in Arizona State. Tanner McKee, Stanford QB, has been good this year but inconsistent. Same goes for Washington State QB Jayden de Laura, who may be coming off of his best performance of the season in a big win against Oregon State. Both squads are 3-3, a win here for either team will boost momentum and keep bowl game hopes alive.

VS:  We  have a strong lean here to the Cardinal and bet them on the moneyline

BOULDER: Arguably the two worst teams in the PAC12 face off this Saturday afternoon. It is family weekend for the Buffaloes, so expect Folsom Field to be near full capacity. Arizona is having a winless season, coming into this week at 0-5. Jordan McCloud and Brendan Lewis, the respective quarterbacks for the Wildcats and Buffaloes are struggling to convert on big plays. The Buffaloes are coming into this week off of a bye, giving them an extra week to prepare for a weak Arizona team. After playing Texas A&M very close in week two, the Buffs are yet to pick up a win. Colorado needs to capitalize on their bye week to get a win for their embattled coach.

VS:  We expect a lit scoreboard in Boulder and bet Over 46.5