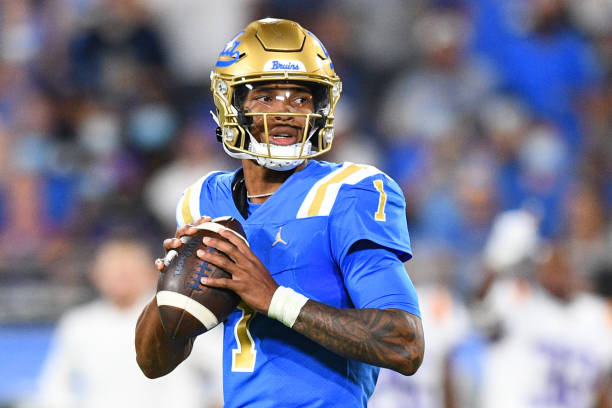 A quick review of last week

PAC12 at 12 lands at Midnight this week.  Looks like we’ll pub at Noon or Midnight, depended on the games during the week.  Tonight, we nailed Wake and hit a nice live bet win on Fresno State -6.5.  We liked a few games tonight, so had to focus on them before we lease our PAC12 notes.

Week 3 of the PAC12 season was full of surprises. Fresno State scored a win in LA, SC might have their quarterback, Arizona State lost a Top 25 match in Provo, Utes quarterback quits team and UDub might have found their legs.

UCLA, one of the hotter teams in the Conference of Champions suffered a devastating upset loss against the Fresno State Bulldogs. Heading into conference play against Stanford, UCLA would have been the hottest team in the Pac12 South if not for the loss against Fresno State.

Coming off two big wins against USC and Vanderbilt, Stanford will be a tough opponent for UCLA in week four.

USC was on the brink of losing two straight conference games. True freshman Jaxson Dart directed the offense after Slovis was injured.  At that point, the Trojans were down 14-0. Dart exploded on to the scene with four touchdowns and nearly 400 yards. SC scored 45 unanswered in Pullman.

Stanford is coming off a big win for us as a double-digit road favorite.  The Cardinal was in a tricky spot of the SC win and traveling east, but Shaw had his squad focused and left Nashville with the nice win for the PAC12 over the SEC.

Arizona State’s defense was stout against versatile and powerful Cougar RB Allgeier, but BYU proved to be a more complete team last Saturday night. Sun Devils QB Jayden Daniels had an off game with two turnovers and was clearly effected by the crowd in Provo.

LOS ANGELES: Jaxson Dart and veteran QB Kedon Slovis will battle this week in practice for the starting job. If Slovis gets the nod, USC is playing with a seasoned quarterback who they have experienced winning behind. If Dart gets wins over the starting job, it will be very interesting to see if the Trojans will be able to keep the same firepower that he brought to their offense last Saturday. Oregon State will take on USC at the Coliseum this Saturday. USC has won 36 of the last 40 contests, and regardless of Dart or Slovis starting, the Trojans should expect a victory this Saturday. Dart is injured and Slovis is “looking sharp” at practice, the veteran QB will continue to start for the Trojans. Oregon State QB Chance Nolan was very productive against a week Idaho team, throwing for three touchdowns and 175 yards. Nolan needs to bring the firepower he has the past two weeks if the Beavers want a chance of beating a USC team with a chip on their shoulders.

Pass here for us, but will be watching.

TEMPE:  Colorado was awful this past Saturday when they hosted Big 10’s Minnesota. QB Brendon Lewis couldn’t get anything going on the offensive end, as he was benched, and the Buffaloes were shutout in a 30-0 loss. The Buffaloes can be competitive against Arizona State if we see the team that played Texas A&M. On the other hand, Arizona State has been consistent this season behind third year starter Jayden Daniels.  If home cookin’ can get Jayden Daniels back on track, the Sun Devils should control the game against a Colorado team trying to find themselves. First year starter Brendon Lewis has struggled, so a road trip to Tempe might expose him here.

Possible bet here for us.

PALO ALTO: Coming off of a tough loss to Fresno State, the Bruins have a tough one in their first conference game. Stanford has a tough three-game stretch, as they have to play Oregon and Arizona State following this matchup with the Bruins. DTR has had a solid season thus far with his skill set on display as a dual threat quarterback in tough non-conference games. UCLA’s secondary will need to be more disciplined this week, as QB Tanner McKee is not scared to let the ball fly.

Another for us to watch and observe.

SALT LAKE CITY: The Utes are 1-2 heading into conference play against an inconsistent Washington State team. QB Charlie Brewer quits the program after three disappointing starts. He was benched for Cam Rising, who was impressive against San Diego State. Washington State QB Jayden de Laura is day-to-day, and if he is healthy, he will be the starter against the Utes this Saturday.

This one turns out to be our biggest bet in the Conference of Champions this week.  We have seen many times when a team can rally around a situation like this with Brewer.  Wazzu is a vulnerable and the Utes should be primed here

EUGENE: Oregon is as hot as this program has ever been under head coach Mario Cristobal. They are a top-3 team in the nation and have been consistent on both sides of the field. Kayvon Thibodeaux, Ducks top-5 draft prospect, is still day-to-day. The Ducks might decide to let him rest another week before they play Stanford. Zona had an embarrassing loss to Northern Arizona this past Saturday. Cruz, Plummer and McCloud are all in battle of the QB1 spot. The Wildcats are clearly lost at this point in the season. The Ducks should have no problem steamrolling the Wildcats.

We might hit this game if having a solid day prior to kickoff.

SEATTLE:  California won the last time these two programs met in Seattle.  This could be a competitive outing this Saturday with both programs are coming off of their first wins of the season. Washington came into this season with high expectations (of a CFP birth) that have fizzled out. Washington QB Dylan Morris has been inconsistent this season, but the Huskies have showed they can be productive on the offensive side of the ball when Morris has time to throw. If Washington can contain running back Damien Moore, the Huskies could start their PAC12 with the W.